For my Dominican Republic veterans, you might be tired of spending your time in the capital or at the beach destinations. You may be sick of the big city chapiadoras. You’re looking to find Dominican girls who haven’t been soiled by dozens of other traveling men.

I get that. See, after I’d lived in Santo Domingo for nearly a year, I wanted to get away from the big cities and meet some Dominican women from the countryside. I wanted me some “Campo” girls instead of these cosmopolitan women. So, I set out to see more of the Dominican Republic.

I was able to visit so many cities in the country. In fact, I think I’ve been to every Dominican city with over 50,000 people. I found places that many would consider paradise – if we’re talking about the Dominican women I found there. I also checked out some true slums. Cities that I’d never go back to.

This article isn’t about the shitholes in the Dominican Republic. No, this piece is about the six best, underrated cities to sexy Dominican girls. You know about Santo Domingo. Santiago de los Caballeros is popular, too. The beach spots are filled with hookers.

Thus, here are underrated cities to meet women in the DR:

If you’re looking for true stunners without any other foreign competition, San Fransisco de Marcois is the best city in the Dominican Republic. The quality of Dominican girls found here rivals even the best Piantini nightclubs in Santo Domingo. These girls are smoking hot!

Now, don’t get too excited. First, this city is dangerous. There’s Colombia-level narco influence in San Fransisco de Marcois. Next, you’ll need conversational Spanish here. I only found one girl who spoke English here in nearly three weeks. Without Spanish, you’ll be lost in this city. Lastly, there’s little to no tourist infrastructure. There’s only a couple of hotels in the whole city and Airbnb options are dismal.

If you want to come to San Fransisco de Marcois, you better be a veteran of the game in the DR. You need Spanish and some street smarts here. If you have all those things, you can rack up a stunning harem of gorgeous Dominican girls in less than one months time. The place has it’s perks…

One of the bigger cities in the DR, La Vega is known for one thing – it’s Carnival celebration. Outside of this time each year, the city sees little to no tourism. As such, foreigners will have incredible value to La Vega girls. Plus, the women here tend to be lighter skinned and they look a lot like Santiago girls.

If you pipeline properly, you could have some true stunners waiting for you in this city. I met one of the hottest Dominicanas in my life here. My issue with the city? After 10 days, I was ready to get the hell out of La Vega. The shithole vibe was just a little bit too much for me. Plus, I was there during rainy season and it rained every other day.

If you like light-skin Dominican women, La Vega could be paradise. Just don’t expect too many first-world conveniences while living in this city. 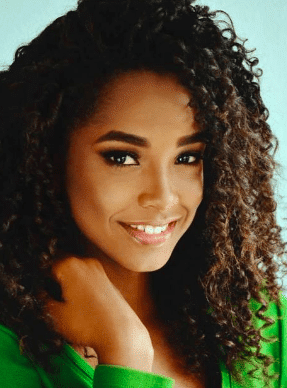 Ayyyeee diosss miooooo!! Moca girls have stolen my heart. The longest relationship I’ve ever had in the DR was with a girl from Moca. Located next to Santiago de los Caballeros, the girls here have white skin and smoking bodies. Per capita, I’d venture to say you’d find the hottest women in the Dominican Republic here. Although, I may be biased.

The best part about girls in Moca? If you want a Dominican girlfriend, this is the best city to find them. The girls here are more traditional than other girls in the country. You probably won’t get laid on a first or second date here, but it’s well worth the wait. Moca girls will rock your world in bed once you get them there.

Now, Moca itself isn’t that great of a city, but it’s close enough to Santiago de los Caballeros that you’re never that far from modern conveniences. I planned on staying in Moca for a weekend and ended up staying a month. Why? The women!

If you want easy access to the beach and pretty Dominican girls, this could be the spot for you. The girls here don’t see many travelers, so foreign men will have great value here. The city is also of decent size with nearly 200,000 people living here. So, you’ll have plenty of options to choose from.

How attractive are the Dominican girls in San Pedro de Marcois? Well, I wouldn’t say there as hot as San Fransisco de Marcois or Santiago de los Caballeros, but there’s enough to feed the needy. If you like girls mixed a little bit darker with stunning beach bodies, you’ll love it here.

I wasn’t a huge fan of the city, but Juan Dolio and its stunning beaches is only about 15 minutes away. I started taking dates to the beach and got some great results here.

This is truly the most underrated city if you’re looking for pretty Dominican women in the DR. Monte Cristi offers some stunning beaches and tourism. There are a few Airbnb options, along with a fair amount of hotels. But the city doesn’t see many foreign travelers.

As such, the Monte Cristi girls love any traveling men that stop by. That’s not the best part, either. Girls in Monte Cristi are surprisingly really attractive. I figured the women here would look more Haitian because the city is so close to the border. Plus, there’s only around 60,000 people here. I visited more for the beaches than girls.

Luckily, I found Monte Cristi to have some true stunners. It’s a hidden gem. Don’t expect to meet a ton of women, but you’ll find the few you do meet here look really good. Monte Cristi girls almost look like La Vega girls, which baffled me due to the location.

La Romana is alright. The city has an international medical school, so you might not be the only foreigner in town. But you can still meet eager Dominican women here. They look average for Dominican girls. Not the least attractive city I’ve seen, but certainly not the hottest Dominican girls, either.

I included La Romana on this list because it’s a good sized city filled with semi-modern amenities. Bayahibe, a world-famous resort area is just 15-20 minutes away. Thus, there is some tourist infrastructure close by. You can also meet a few tourist chicks here, but it’s mostly couples.

Personally, I wouldn’t come back to La Romana without a car or motorbike. Nor would I make La Romana my first choice of spots in the DR to check out. I’d come here if you want to get just a little bit off the beaten path without making too many sacrifices from a comfort standpoint.

Making the Most of Your Time in the Dominican Republic!

No matter where you go in the Dominican Republic, I wanted to share a few tips. First, you need to speak Spanish. While you may squeeze by with only English in Santo Domingo, Cabarete, or Punta Cana – the rest of the country is tough to travel without Spanish. Not only that, but you need to be able to flirt in Spanish to meet hot Dominican girls. Luckily, I found a solution…

Click here to learn more about spitting game in Spanish.

Lastly, small towns and cities can be great for traveling men because you have tons of value in the eyes of the girls. However, girls are also concerned about their reputations in these places. Hitting on them at the mall or in the club could lead to their friends and/or family thinking they are sluts.

Thus, you need a way to meet girls discreetly. Enter Dominican Cupid. See, I tried Tinder, but the small cities didn’t have many girls on the app. So I turned to Dominican Cupid. Places like La Romana have over 250-350 active women between the ages of 18-35 each and every week. That’s a lot of prospects when you have a ton of value!

My Best Advice: Invest in a Dominican Cupid membership if you want to meet Dominican girls in small cities. Click here to sign up today!