How to Get Laid in San Francisco de Macorís, Dominican Republic – City Guide

If you’re curious how to get laid in San Francisco de Macorís, you’re not alone. Well, maybe you are. Most foreigners don’t venture to this mid-sized city in the Dominican Republic. Most tourists don’t even know the place exists.

That’s what makes it a goldmine for travelers and dudes looking to make some sex with Dominican girls. It doesn’t matter what race you are or where you’re from. If you’re foreign in San Francisco de Macorís, you’ve got a good shot at girls giving you some love.

In many places, this is the only reason to go. Because the women like guys from other countries. That’s not even the best reason to visit San Francisco de Macorís. You come here because the women are some of the best looking in all of the Dominican Republic.

I was absolutely baffled how good looking and friendly the San Francisco de Macorís girls were that I planned to stay for a week, but ended up leaving a month and a half later. Maybe I’m hyping things, but I had a hell of a time here.

What Do San Francisco de Macorís Girls Look Like? 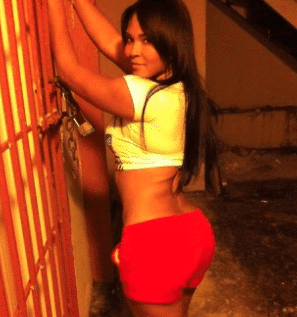 You could honestly say some of the hottest Dominican girls live in San Francisco de Macorís. The talent here is truly impressive. It’s like they took a high-end club in Naco and put all the girls in one small city in the middle of the country.

You’ll find every type here, but I found the women in San Francisco de Macorís to be especially thick. Giant natural asses and tits seem to be the norm here. The hot women aren’t fat here, but genetically gifted.

From a skin tone standpoint, the girls aren’t as light as the girls in Moca or even Santiago, but they’re definitely not dark, either. I’d say the girls here are mixed on average and have a little more “Indian” blood than other areas of the country.

If you typically like Dominican girls, then I have zero doubts you’ll love the quality of women in San Francisco de Macorís. I almost couldn’t believe my eyes and sure as hell didn’t want to leave after my first week.

Where to Stay in San Francisco de Macorís, Dominican Republic?

It’s a small city and there aren’t very many hotels or apartment rentals online. So, you won’t have too many options on where to stay. I’d recommend looking on Airbnb as close to Roof Club as you can possibly stay.

While this isn’t the perfect location, it’s about the best you’ll find if you look online. You can also stay at Hotel Las Caobas. It’s a little far from some of the nicer lounges and bars in the city, but the hotel is nice, the WiFi works, and the pool is great. I stayed here for a week before deciding to stay longer.

Sex in San Francisco de Macorís: Is It Difficult?

The issue is getting a reputation. There will be no other foreigners here. Girls will talk. If you try to sleep with a new girl every couple days here, you could run into trouble with some cousins and uncles who don’t take kindly to your player ways.

Instead, this is the best city to focus on quality. There are so many crazy attractive Dominican girls here that it’s a waste of time to try and bang average looking girls. Go for the stunners in San Francisco de Macorís or don’t go at all.

You will see the same quality of attractive women here that you would in Santiago, but they’ll actually be interested in you in San Francisco de Macorís. Compared to Santiago, where the girls definitely prefer men from Santiago over outsiders.

How to Get Laid in San Francisco de Macorís

If you’re coming to the city alone, then plan to rely a lot on online dating. You’ll find the girls excited to meet you and the quality is great if you use the right sites. I had the best luck using Dominican Cupid and Tinder, but you can try others, including:

There are a couple of small malls in San Francisco de Macorís. While you won’t have a ton of opportunities here, these will at least give you a place to start:

The good thing about these small malls is there’s a gym in each one. So, you could go to the gym and make a day game approach at the mall before or after. I met an amazing girl in San Francisco de Macorís walking out of Gold’s Gym. She was shopping and I was dripping with sweat. I hit her with a smooth “Hola” and the rest was history.

You could check out Duarte Park, but I doubt you’ll see much foot traffic.

For such a small city, I had a great time partying in San Francisco de Macorís. If you like reggaeton music, bachata dancing, and Presidentes – then you’ll love it here. They even have a few bars at car washes, which is weird as hell.

Overall, I really enjoyed partying in a few clubs, including:

Avalon Disco and Roof Club are more club environments. Buy a bottle, dance to some reggaeton or dembow, and enjoy life. Cue Lounge and La Rondita can be lively on weekends, but they’re more bar environments. 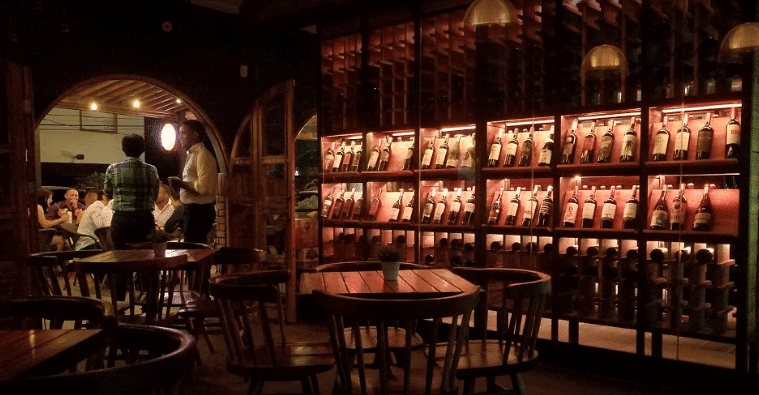 You’ll meet a few girls online who can speak English in San Francisco de Macorís. This is not normal in the city. Overall, education levels are not amazing and there is no such thing as tourism here. You’ll want to have a solid grasp of Spanish before heading to this small Dominican city.

If you don’t speak any, then starting with Rocket Spanish is absolutely ideal. This program will take you from “hola” to having full on conversations in under three months. It’s the best Spanish program for beginners.

If you speak a little Spanish, but are looking to get better and get laid – then check out Pickup Spanish. This course teaches men how to flirt in Spanish. It’s the absolute best way to learn how to lure those mami chulas into your bed in San Francisco de Macorís. Trust me!

If you’re looking to get off the beaten path in the Dominican Republic and meet hot women, this is the city for you. Just follow my advice detailed in this guide, learn a little Spanish, and make sure you sign up for Dominican Cupid.