Should I Marry a Dominican Woman? What Every Foreigner Should Know

Should I marry a Dominican woman?

Well, I won’t act like the foremost expert here. I’ve certainly been with many a Dominicana, and it’s gotten serious with one of these island girls.

But I’m not married. No plans to get married anytime soon, either.

Yet, a reader emailed in asking about marrying a girl in the Dominican Republic.

So I decided to give my take on the topic. This topic shouldn’t be taken lightly. If “should I marry a Dominican girl?” is on your mind, then tread carefully.

Seriously, marriage is not a joke in the DR. The legalities surrounding marriage and divorce here mimic the United States. What does that mean? A prenup could be essential.

But before we get that far, let’s take a look at a few things to think about first.

First and foremost, you need to be honest with yourself about who you are and what type of girls you’re attracting. What your value to her is?

Is she a well-off girl with a good family? Or is she a barrio girl who might be a Chapiadora on the side?

If you’re not sure, you’ve got some work to do.

You need to understand the game in the Dominican Republic.

The game is this…

Money talks in the DR.

But it’s not everything. If you’re in-shape, attractive, and giving it to her properly – then your money back home might be an afterthought.

If you’re 30 years older than her and half to take a pill to have sex with your Dominican girlfriend, well, the financial side of things is going to play a role in her attraction to you. A major one.

I’m not hating here. Just saying how it is.

Now, for guys somewhere in between, the best teacher is experience. Well, at least it has been for me.

By experience, I’m talking about dating tons of Dominicanas. If you’ve gone on dates with 25+ Dominican women, then you’ll have a far better understanding of what type a girl she is and if she is marriage material.

And getting tons of girls to go out on dates with you isn’t that tough in the Dominican Republic these days.

Seriously, I’m not hyping or anything. If you plan to marry a Dominican girl but haven’t found the right one, then go on dates with tons of Dominicanas. You’ll learn more about her culture in doing so than anything else.

Then when you find a good one, you’ll know it. When the question comes up, should I marry a Dominican woman – you’ll have a better idea of the answer.

As long as it’s not one of the first couple girls you met, then you might be alright. 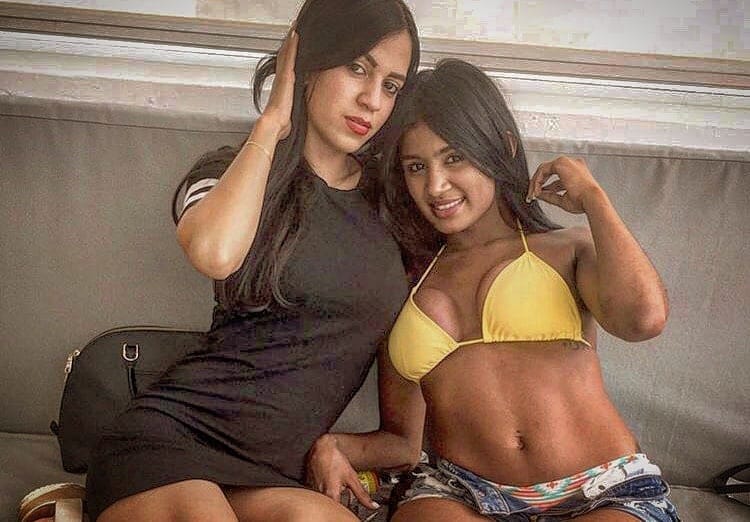 Now, once you start dating a lot of Dominican women, you start to notice the types of girls here. It becomes blatantly obvious once you learn more about the culture of the country and what Dominicanas are attracted to.

And the type of girl you’ll marry is of the utmost importance. Should I marry a Dominican woman? Well, it all depends on her and which type of girl she is.

For example, here are the three types of girls most men meet in the Dominican Republic:

Of course, this is a sweeping generalization. Many girls fall into different categories. But you should pay attention when dating and getting serious with a Dominican woman. You must know what category she falls into.

There’s also another thing to consider when “should I marry a Dominican woman” comes to your mind. The expectation of her family. While she may truly love you in every which way, her family is likely to see you as a meal ticket. A one-way ticket to free money.

You must screen and judge her family – just like you did with her. If they’re upstanding people, like she hopefully is, then you shouldn’t have any issues.

If they are lowlifes and/or unemployed, then they’ll likely become your headache after you’re married. You can say they won’t. You can say that you have strict boundaries, but eventually, you’ll get told a sob story that sounds more than convincing.

Now, there are ways to manage this. Like moving your girl to a new city or giving the mother a small allowance each month, like $150 USD, and telling her this is all the whole family will get each month. No matter what.

You may be wondering what the hell I’m talking about. It’s this:

Many Dominican girls and families expect to be taken care of when a foreigner marries in. They expect you to solve their problems for them, often with money.

This typically occurs in situations where you’re baffled that they come to you asking for money with problems they created out of thin air – for themselves.

Like paying for a cousin’s ankle surgery because he was drunk driving his motorbike after a night at the disco.

Again, set the expectations that her family’s issues are not your issues or issues in your marriage. If she doesn’t have a hard and fast line with this, you need to run for the hills. Do not ignore this advice.

Should I Marry a Dominican Woman? What Every Foreigner Should Know

I’m not the one to tell you if you should marry a Dominican woman. They are so many amazing Dominican women that would make great wives. You just need to know how to find them.

You need to know what to look for. And what to avoid.

And, the stuff you need to avoid mainly involves money and her family.

P.S: If you don’t have much experience with Dominican women, this is the best place to start meeting them!