Why Dominican Nightlife Keeps Me Coming Back For More – Literally!

I’ve been a Dominican nightlife addict for years. There’s a good reason for that. Stories like this…

“Vamos a salir. Preparense” (We’re going out. Get ready.)

It was my Dominican buddy on the phone. He said he had a car full of girls and that he would be round to pick up me and my roommate in 20 minutes.

We ran to our rooms, fought over who would get the shower first, and sprayed on some cologne.

We were just putting on our button-down shirts when our friend arrived.

Once ready, we ran outside, squeezed into the minivan and introduced ourselves to all the girls. The 3 guys and 5 girls then headed to an outdoor party on the Malecon in Santo Domingo.

The Malecon is the seafront of the city. Locals park up there on the weekends, play music out of their cars and drink.

When we go to the Malecon, the place was packed. People standing around in small or large groups, drinking and dancing like only Dominicans can.

We bought a bottle of Chivas, a few soda mixers, some plastic cups, and started drinking in our group.

At one point, the 3 guys broke off and had a talk. We needed to decide which of the 5 girls we liked. We all agreed that it was fair game – whoever the girls chose.

That ended up working out well for me.

Why Dominican Nightlife Keeps Me Coming Back For More – Literally

We spent the night drinking and dancing with the girls. Our Dominican buddy locked down one of them. That meant the other 4 were up for grabs.

At 1 am, it was time to go home, but we still hadn’t picked.

The minivan pulled up outside our gate. We said our goodbyes, stepped out to the curb and were about close the van door when one girl said:

“Necesito ir al baño.” (I need to use the bathroom.)

Not wanting to be left out, another girl said: “Yo tambien.” (Me too.)

I thought only guys pulled that trick to sneak into a girl’s house.

While girl #1 was doing her thing in the bathroom, I went into my room to get ready for bed. Girl #2 followed me and pounced. She pushed me up against the wardrobe and rammed her tongue down my throat.

I pushed her off, afraid we’d get caught.

Then girl #1 came in and girl #2 went to use the bathroom. She rammed her tongue down my throat. I pushed her off in case we got caught.

My friend was honking the horn outside. I flipped a coin, told girl #1 it was time to go.

“Ya esta en el camonieta” (She’s already in the van.), I said as I pushed her out and closed the door.

I went back to my room where girl #2 had already undressed and was in my bed. This was going to be good. 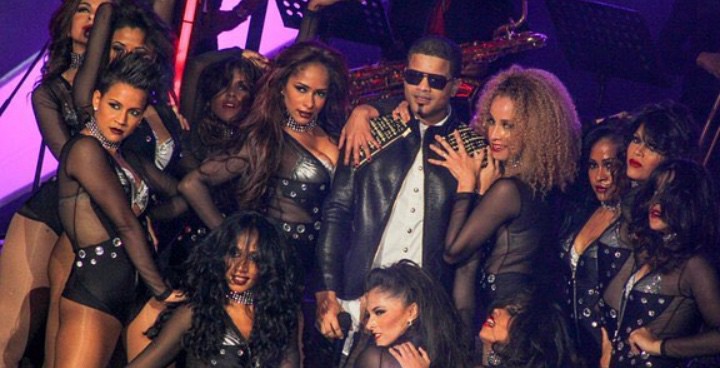 I took a long shower to delay the gratification and heighten the excitement. And I also because I had sweated my ass off that night dancing bachata.

I towelled off and put the condom on ready. I got into bed. It looked like she was asleep. She had her back to me. I started spooning her. She stirred. I bit her neck, she moaned softly. She wasn’t asleep.
She reached down and started slipping off her panties.

Quickly, she flipped over, jumped on top of me and started riding. I grabbed the back of her head, pulled her down and kissed her.

When we were done, we were both panting like dogs. Dominican nightlife and my buddy had delivered.

Be Careful When Enjoying Dominican Nightlife!

I never saw girl #2 again but I did see her Whatsapp photo 2 months later showing an ultrasound scan and a message saying:

I sent her a message of congratulations. I didn’t have anything to worry about – I’d wrapped up.

But I was glad for the night when Dominican nightlife treated me well and gave me an embarrassment of options.

Not much of a partier? Don’t worry! It’s easy to get laid in the Dominican Republic with online dating. Click here to check out the best site.