Some guys claim I’m all hype. Some say I shill. I don’t care. I know where to find sexy girls in the DR. There’s reasons I always use Dominican Cupid while in the country. Here’s just one of them…

My phone was ringing again.

I didn’t recognize the number so I let it go to voicemail.

When I listened to the message, I couldn’t understand a thing. Even though my Spanish was good, all I could make out was that it was a Dominican girl talking fast like all Dominicans do.

I had no idea who it was or what she said. But I wasn’t bothered. I had 5 other girls who wanted to meet that weekend.

I had met all 5 on the dating website Dominican Cupid. After I had given them all my number, all 5 had been blowing up my phone all week. While my friends were messaging girls they met a the clubs and getting flaked on, I had girls calling and demanding to see me.

On Saturday night, I had to choose. I decided to invite the girl who had biggest tits of the 5. She accepted my invitation to go and grab something to eat. I told her to meet me at my place around 7 pm. 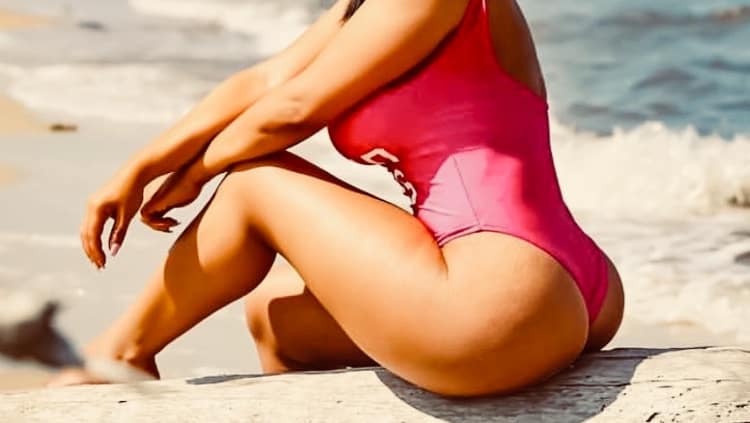 Unlike many Dominican girls, she had her own car, so I told her she could park at my apartment and we would walk to the restaurant.

At 7.30pm Miss Big Tits called to say she had arrived so I went out to meet her, opened the gate and showed her the parking spot that came with the apartment. It came be tough to park in Santo Domingo, so she appreciated this.

When she got out I was relieved that she looked like her photos on Dominican Cupid. She was dressed in tight pants, black ankle boots, and a black top with a mesh-like material covering her cleavage.

We walked to the burger joint 5 minutes away as I made small talk.

On the date, I was so excited by the size of this girl’s tits, I babbled like a hyperactive kid. I demolished my burger but she only ate half of hers. She asked the waiter to pack it up. I guess she was too shy to eat much in front of me.

Then we walked back to my place while I planned how I would seduce her.

Once we got inside, she sat on the couch while I poured us some wine.

After what felt like 3 hours of talking, I made my move. I went for the kiss. She reciprocated – it was a good start.

Then I almost fucked it up. I stood up, grabbed her hand and said: “Vamos” (Let’s go) nodding towards the bedroom. She whined: “No, nos quedamos aqui” (No, let’s stay here)

I rolled my eyes and sat down again. Rinse, repeat and try a different move.

We talked some more. I went for the kiss again. The kisses got more passionate and I rolled her on top of me so she was straddling me on the couch.

After grinding on me for a while and kissing some more, I hooked her thighs in my elbows, stood up and carried her to the bedroom. She didn’t say anything this time. I guess acting like a caveman does work.

When I got in the room, I mule kicked the door shut behind me and threw her on the bed.

Even though she had been unwilling to come in the room earlier, she was all over me once we got on the bed. I couldn’t wait to get those humongous tits out. We ripped each other’s clothes off while she breathlessly said:

I reached into the drawer of my bedside table and grabbed one. I put it on and she straddled me like she had done on the couch earlier in the night, but this time we were naked. She rode me while I motorboated her funbags. Then I put her on her back and slammed her while squeezing her tits like basketballs into her chest.

We had sex twice that night. And after we were done, we sat up bed talking. She grabbed her phone, took a selfie of us together and said she would send it to her sister. I tried to smile for the photo but I always get uncomfortable when girls want me to be their boyfriend after the first date or after the first time we have sex.

Soon after, she said it was late and that she should go home. I walked her to her car, gave her a quick kiss, shut the car door then helped direct her while she was reversing out of my apartment complex. Her tits were great but her driving was terrible.

After she left I thought about all the girls I had gotten on Dominican Cupid and decided that I was going to renew my membership next month.

Subscribe to get the latest Dominican Republic dating tips sent straight to your inbox, including the secret spots where the sexiest girls reside!

Thank you for subscribing.

we respect your privacy and take protecting it seriously