I wasn’t too impressed during my stay in San Pedro de Macorís. After my time in other cities in the Dominican Republic, I had high hopes. This coupled with the fact that there’s a good sized university here led me to believe the city could be an incredible place for the traveling man.

There were hot Dominican girls here. Don’t get me wrong, but the quality just couldn’t compete with places like Santiago or even the capital, Santo Domingo. I don’t recommend men spend too much time in this mid-sized Dominican Republic city.

If you want to go and find out for yourself, feel free. San Pedro de Macorís is right on the ocean and there are wonderful beaches all around the area. Not all is lost in this city, but it’s not the best place for a man looking to date Dominicanas.

What Do San Pedro de Macorís Girls Look Like?

Overall, the San Pedro de Macorís girls look a lot like the girls in Santo Domingo. Except there’s one major difference. Santo Domingo has all the high-end, educated chicks in the DR, along with the best job opportunities. Girls in Santo Domingo can take better care of themselves because they have more money to do so. 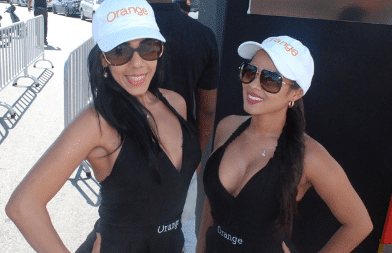 Girls in San Pedro de Macorís look decent, but the quality just isn’t high on average. The skin tones here tend to be a little darker than in places like Santiago or Moca. The bodies are also not as tight and toned as other areas of the DR.

You’ll still see the thick Dominican hips and solid busts here. Don’t get me wrong! It’s not that bad. Just saying it’s not as good as other areas.

I met a few women here over the course of a week. I’ve done better in almost every other city in the DR. I just couldn’t seem to find a stunner no matter where I looked. There were a few fine women online, as tons of girls use online dating here. But I didn’t get as good response rates as I normally do. Maybe my game was off for the week.

Where to Stay in San Pedro de Macorís, Dominican Republic?

Anywhere you can find. There aren’t many options here. I stayed in a rundown Airbnb apartment that barely had working Internet. I was not thrilled. I should have tried to find a decent hotel. I heard rumors Hotel Royal was ok and let girls come back no questions asked. I just didn’t stay there. Sex in San Pedro de Macorís: Is It Difficult?

I chalk that up to there being less really good looking girls here than in other areas of the country. I could be completely off and just had bad luck. That’s just the vibe I got. If you meet a girl on Dominican Cupid or Tinder, there’s a good shot you’ll get laid in San Pedro de Macorís after one date, although it may take a couple if you don’t drink any alcohol.

How to Get Laid in San Pedro de Macorís

The good news about San Pedro de Macorís is you have some options here. While I wasn’t thrilled with any of mine, you might have better luck. I found more women online here than in any other small Dominican Republic city.

It’s the Dominican Republic, so you’ll always want to use online dating. There are tons of women using sites and apps in San Pedro de Macorís. The best ones I found include:

I didn’t put much effort into day game in this city. Not going to lie to you guys. I’d say trying to sneak onto the university would yield the best results. You could also wait outside the university when classes are getting out and see if you meet some Dominicanas that way.

Making approaches on Juan Dolio beach wouldn’t be a bad call, either. Just know you’ll probably have to talk with her friends for a bit, too. The Malecon isn’t too full during the day, but you’ll see a few opportunities every hour or so.

While certain spots were pretty fun, I still say the best nightlife in San Pedro de Macorís is found on the Malecon. If you want to party, just go down there and start the night. The women look good and you’re sure to have some fun.

You can get by without Spanish in San Pedro de Macorís. There’s a decent sized medical school here and a lot of girls on Tinder will speak a little English. While it’s definitely possible, I really wouldn’t recommend it.

Outside of the medical students, you won’t find any girls who have a decent grasp of English – unless they spent way too much time in Boca Chica. Those aren’t the type of Dominican girls you want. I’m absolutely positive about that.

You’ll need to speak some Spanish. The easiest way to learn is with Rocket Spanish. If you can’t speak anything, this program will take you from “hola” to having full conversations in under three months time. It’s incredibly effective.

If you speak some Spanish already but want to brush up and make sure you know how to flirt in the romance language, then Pickup Spanish will help you out. This program is ideal for the traveling playboy looking to seduce Dominican girls in San Pedro de Macorís. 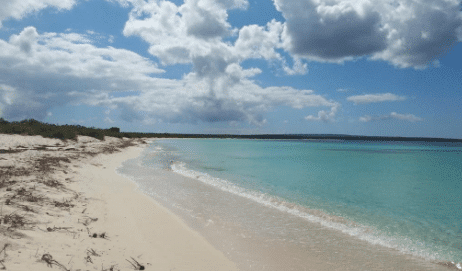 I may have been too harsh on San Pedro de Macorís. The city does have some great things going for it. You have the fun nightlife on the Malecon, the good-sized university population, beaches close by, and tons of women using online dating.

While I didn’t do that well with the ladies here, maybe you will. Once you figure out how to get laid inSan Pedro de Macorís, you’ll kill it. There’s only one way you’ll ever find out. Get down to the Dominican Republic and come visit San Pedro de Macorís for yourself. Just make sure to sign up for Dominican Cupid before you arrive!